Records sealed at arrest related to Delphi murders of teenagers

After more than five and a half years, a man has been arrested in connection with the killing of two Dephi teenagers.

INDIANAPOLIS – An Indiana judge on Tuesday could decide whether to publicly release sealed court documents containing evidence leading to the arrest of a man in the 2017 killing of two teenage girls.

Richard Matthew Allen, 50, of Delphi, Indiana, was charged with double murder in the murders of Liberty German, 14, and Abigail Williams, 13, last month, but the court documents have been sealed at the request of the local prosecutor.

State police have gradually revealed details since the investigation into the double homicide began in February 2017. But the public and media have been demanding more information since Allen’s arrest on Oct. 28.

Those calls could be answered Tuesday and provide a fuller picture of the murders that have ravaged the northwest Indiana town of about 3,000 — and where Allen lived and worked at a local CVS store.

Several news organizations, including The Associated Press, filed a brief with the court on Monday, asking Allen County Judge Fran Gull to unseal the probable cause affidavit and collect information on the charges. Gull – who was assigned to the case after the Carroll County judge, where Delphi is located, resigned – will hold a hearing in Delphi on Tuesday to determine whether documents will be made public.

Trials related to the Delphi murders continue in Carroll County despite a change of judges.

The brief argues in part that “the public interest is best served by providing the public with access to a prosecutor’s fundamentals in bringing criminal charges” and “to ensure government transparency and accountability — which is particularly important in criminal cases of is of crucial importance”.

What have the authorities found out since the investigation began?

On October 31, authorities announced Allen’s arrest and that he lived in the same community where they found the girls’ bodies.

A relative dropped the girls off at a trail near the Monon High Bridge, just outside the girls’ hometown of Delphi, about 60 miles (97 kilometers) northwest of Indianapolis, on February 13, 2017. Hours later, they failed to show up at their pickup location, and the next day their bodies were found in a rough area near the trail.

The deaths of the teenagers, known as Libby and Abby, were ruled a homicide, but police have never disclosed how they died or described what evidence they gathered. At the October 31 press conference, police declined to answer questions about what led to Allen’s arrest, citing the sealed records and their ongoing investigation. 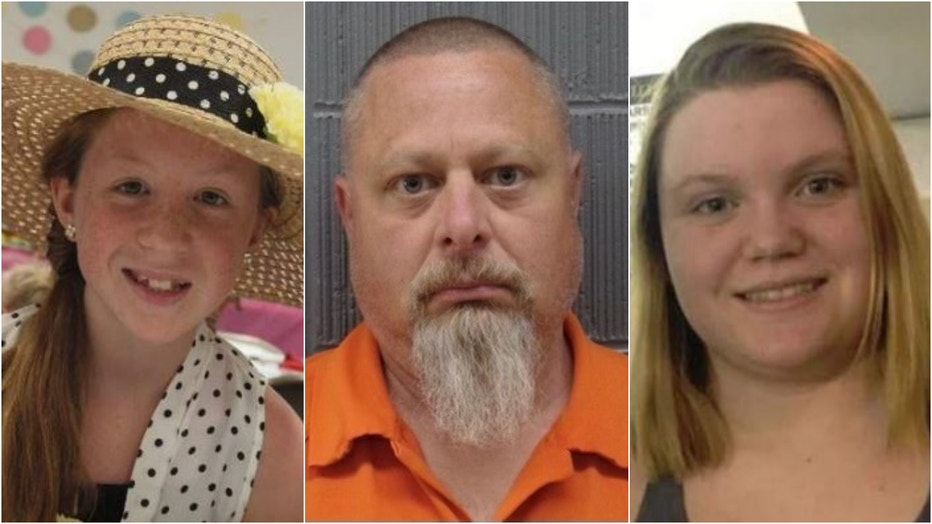 Shortly after the murders, investigators released two grainy photos of a suspect walking on the abandoned railroad bridge the girls visited and an audio recording of a man believed to be the suspect saying, “Down the hill.” .

Authorities also released a sketch of the alleged killer in July 2017 and another in April 2019, based on video released this month showing a suspect walking on the Monon High Bridge. The images and sound came from Libby’s cell phone. Authorities hailed her as a hero for capturing potentially crucial evidence.

Then, in December 2021, state police announced they were seeking information from people who had been in contact with someone who used a fictitious online profile to communicate with young girls. State police said investigators discovered that the “anthony_shots” profile was used on Snapchat, Instagram and other social media platforms from 2016 to 2017.

Why are the documents sealed?

Indiana law allows courts to withhold records in “extraordinary circumstances,” including when granting widespread access will benefit or harm the public. Such requests must be public and supported by “compelling evidence,” followed by a public hearing where a judge can approve or deny the release of that information.

Novella Nedeff, a professor at Indiana University’s Robert H. McKinney School of Law, said she thinks the media attention the case received — as well as the nearly six-year gap between the time of the murders and Allen’s arrest — are revealing details in the unsolved case like “walking on eggshells”.

‘We got him’: Family and friends speak out after a local pharmacist is accused of murder in Delphi

The grandparents of a teenager who was murdered with her friend in Delphi, Indiana, spoke out Monday after the charges against their alleged killer were officially announced.

The affidavit and indictment documents related to Allen’s arrest have been placed under court seal at the request of Carroll County Attorney Nick McLeland. McLeland did not respond to interview requests from The AP.

At the Oct. 31 press conference, McLeland described Allen’s arrest as “a step in the right direction.” He also said it was about sealing the files “to protect the integrity of this case.”

“While all cases are important, the nature of this case requires additional consideration, and that’s why we — my office, I — felt it was important to seal these records,” McLeland said.

What to expect on Tuesday?

Sheryl McCullom, a crime scene investigator who is the founder and director of the Cold Case Investigative Research Institute, said sealing the documents is a “viable option” to protect a small town where community members know each other.

While it’s unclear how the judge will rule, McCullom – who has appeared on television as a cold case adviser – said she expects the documents could be unsealed after the hearing and that it’s “probably the right thing to do at this point.” be.

“Part of the work is that courts should be public,” she said. “There’s a reason for that. Everyone will be held accountable. It must be, open doors. let people in.

Richard Allen, 50, of Delphi, has been charged with the double murder of Liberty “Libby” German and Abigail “Abby” Williams, police said.

Nedeff said families can be “very supportive of investigators and highly motivated not to jeopardize the investigation, even if it means not knowing things they would like to know.”

Becky Patty, Libby’s grandmother, shared a link to a petition on Facebook to keep the records private. The petition has collected over 41,000 signatures.

Patty expressed concern that if the information were not sealed, it would be “broadcast around the world” by the news media and social media users.

“We have seen many innocent people over the last five and a half years whose lives have been turned upside down, images spattered everywhere and allegations dismissed without evidence,” she wrote. “As they move on regardless of the damage they have done, these innocent people must pick up the pieces and try to move on with their lives.”

What are the next steps in the investigation, in the process?

At the Oct. 31 press conference, Indiana State Police Superintendent Doug Carter said the investigation is “far from complete” and if anyone else was “in any way involved in these killings, that person or persons will be held accountable.” .

The case has been closely followed over the years by true crime enthusiasts who have come up with many theories. Carter urged people not to “interpret the case subjectively” as officers continue to gather information.

“If you choose to criticize our silence, criticize me, not the frontline,” he said.

Becky Patty defended McLeland in her Facebook post, calling for the records to remain sealed and stressing the need for an impartial jury if the trial, scheduled for March, takes place.

“I understand that people want to know in time – and they will know,” she wrote.