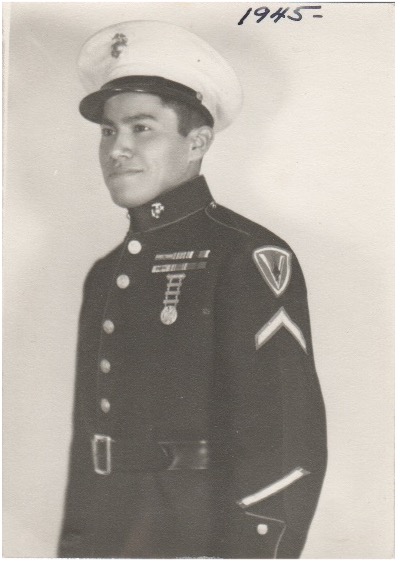 University Libraries proudly celebrate Native American Heritage Month by spotlighting the recently added Indigenous collections at the Center for Southwest Research and Special Collections (CSWR). The Carl N. Gorman and William Dean Wilson Collection both document the life and ministry of the aforementioned men who were among the first twenty-nine Navajo Code Talkers of World War II. The collections were donated by Zonnie Gorman – a distinguished historian of the Navajo Code Talkers of World War II, former CSWR Graduate Fellow and daughter of Carl Gorman.

The First Twenty-nine was the first group recruited by the US Marine Corps to pilot Navajo men in 1942 to test the feasibility of using the Navajo language for combat communications. They became Platoon 382, ​​the first all-Native, all-Navajo platoon in Marine Corps history. The Navajo Code Talkers’ service to the country had a significant impact on the outcome of the war. 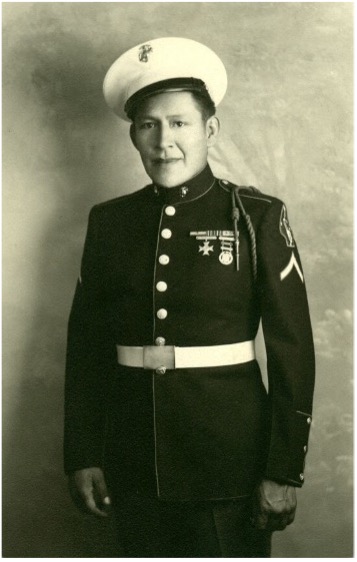 Both collections contain military documents and photos from her life, including her time in the military. Wilson’s collection contains six boxes and is available with the donor’s permission. The Carl Gorman Collection is currently being processed with around 52 material boxes.

Between 1969 and 1973, Carl Gorman was a professor at the University of California, Davis. There he was one of the four founding faculties of the Native American Studies Department. Gorman received an honorary Doctorate in Humane Letters from the University of New Mexico in 1990 for his lifelong work and contributions to Indian arts, education and culture.

Zonnie Gorman is a graduate student in UNM’s history department writing her dissertation on the original Navajo Code Talkers pilot group. Zonnie was also a 2021 CSWR Graduate Fellow and has been tasked with processing both the Wilson and Gorman collections.

“As the descendant of a code talker and a love of history, this became my life,” Zonnie said. “When I first got interested, there wasn’t much information about the first Code Talkers pilot group, and that inspired me to start the research.”

In the early ’90s, Zonnie sought out the other members of the pilot group and was able to locate eight men and interview them all individually. Soon after, Zonnie and her father worked together to give lectures around the country. 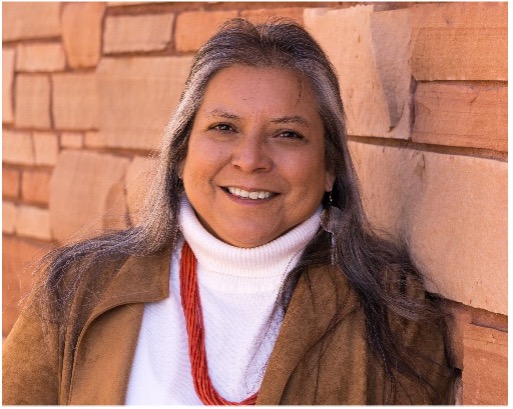 “I spoke about the historical background of the Navajo reservations before World War II and he shared his personal experience. We have given many interviews and lectures, including at NASA and the National Museum of the American Indian in New York.”

Zonnie spoke about how difficult the decision was to part with her father’s possessions and find an institution where she felt her father’s materials would be safe and secure.

Zonnie Gorman continues to educate the public about the Navajo Code Talkers as a lecturer and consultant. She also helps Code Talker’s descendants.

“I’ve been approached by many families asking for help locating military documents and files of family members.”

“I aim to help other Code Talker descendants by offering workshops and seminars that will provide them with the necessary information about archival practices and the work of institutions that help them preserve their family history.”

Earlier this semester, Zonnie, in partnership with CSWR and the Navajo Nation Museum, organized archival workshops for descendant families to learn basic archival practices for preserving photos and documents. Each participant received a community archive kit that included an archive box, sample photo and document sleeves, gloves, and a USB stick. Digital scanners were also brought to the workshop to help participants make digital copies of their documents and photos to preserve.

Cindy Abel Morris, CSWR Image Archivist, spoke about the preservation of photographs while Jolene Manus, CSWR Collections Curator, spoke about Native American protocols and working with CSWR for collections. Zonnie also gave a presentation about her own experience of donating her collections to CSWR.

The University of New Mexico’s Center for Southwest Research and Special Collections (CSWR) specializes in the preservation of historical manuscripts, books, photographs, architectural drawings, records and other library materials relating to New Mexico, the US Southwest and Latin America. It also houses the UNM University Archives as well as a collection of rare books on various subjects from around the world.