“UNM is very pleased to have Professor Riley join us as Jim and Ellen King Dean of Engineering and Computing,” said Holloway. “Donna is a model leader with a strong commitment to supporting student and faculty success, and I am confident that she will be a strong advocate for the engineering school and our impact on STEM education, research and economic development in New Mexico will increase. ” 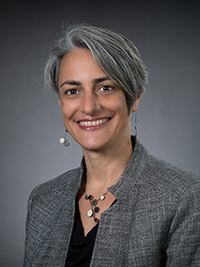 Riley is excited about her new role at UNM and shared her excitement at the opportunity to work with students, faculty, staff and the people of New Mexico to advance the School of Engineering.

“UNM attracted my attention with their record of inclusive excellence and clear vision of how New Mexico’s flagship public university can advance human development and economic opportunity in the state and beyond,” said Riley. “As an engineer, I know how our ability to dream, design and engineer can help address critical community challenges.”

Riley, who will also hold the title of Professor of Civil, Civil and Environmental Engineering, was selected in a national search that culminated in a group of four finalists who visited campus in late September and early October. She met with several institutional constituencies, including students, faculty, staff, and alumni, during open forums to allow the campus community to engage and ask questions, as well as provide feedback to the Search Advisory Committee and Provost.

Riley spent 13 years as a founding faculty member of Smith College’s Picker Engineering Program, the first engineering program at a US women’s college. In 2005 she received an NSF CAREER Award for developing critical pedagogies for technical classroom implementations.

Riley’s research focuses on the integration of ethics, communication, social analysis, lifelong learning and other critical skills in engineering education. She is the author of two books technology and social justice and Technical thermodynamics and 21St energy problems of the century, both published by Morgan and Claypool. She received the 2016 Alfred N. Goldsmith Award from the IEEE Professional Communications Society, the 2012 Sterling Olmsted Award from ASEE, and the 2010 Out to Innovate Educator of the Year award.

Throughout her administration experience, Riley has consistently brought innovation and inclusion to decision-making and problem-solving. She has also pursued justice as a career passion and area of ​​research, and applied that lens to advance engineering practice.

“Donna believes in taking on important challenges and empowering people in the engineering community to apply and create knowledge,” said Holloway. “She brings extensive experience to UNM as a strategic visionary, scientist and academic administrator.”

Riley earned a BSE in Chemical Engineering from Princeton and a Ph.D. from Carnegie Mellon in engineering and public policy. She is a Fellow of the American Society for Engineering Education.

Riley takes over from Christos Christodoulou. Christodoulou, who has been Dean since 2017, will remain as Distinguished Professor in the Faculty of Electrical and Computer Engineering at the end of 2022. Charles B. Fleddermann, who has been Associate Dean for Academic Affairs and Community Involvement at the School of Engineering since 2002, is from 1.1. until 31.3.2023 interim dean.