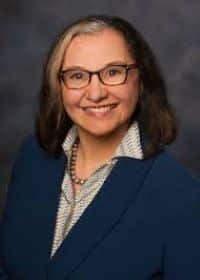 SANTA FE — A joint resolution to amend the New Mexico Constitution to add environmental rights was pre-tabled by Senators Antoinette Sedillo Lopez and Rep. Joanne Ferrary; the Senate version was pre-submitted on January 5th, the House version is expected shortly.

The pre-tabled resolution proposes amending the state constitution’s Bill of Rights to recognize the rights of present and future generations to clean and healthy air, water, soil and the environment; a stable climate; and self-sustaining ecosystems and mandates that these rights be protected equally for all communities, regardless of race, ethnicity, tribal origin, socioeconomics, gender or geography. The Joint Resolution also creates an enforceable fiduciary obligation for government officials to protect the state’s natural resources.

Sen. Sedillo Lopez, Senate lead sponsor of the joint resolution, states: “Clean air, clean land and water, and equitable sharing of the burden of pollution should be the official policy of our beautiful but ecologically fragile state. It’s time!”

Rep. Ferrary, who is leading the proposal in the House of Representatives, stated, “Many groups representing different cultures, people of color and geographical areas of our great state have come together to draft and write this proposed environmental rights constitutional amendment. We believe this resolution reflects the environmental concerns and safeguards that we, as New Mexicans, need to maintain a healthy environment.”

If the joint resolution receives a majority of support in both the Senate and House of Representatives, it will go to the vote of the state’s people in the next general election in 2023.

The concept of constitutional environmental rights already exists in Pennsylvania, Montana and most recently in New York in 2021. Lawmakers in Washington, Hawaii, New Jersey, Delaware, Iowa, Maine, Maryland, among others, are also introducing proposals.

The New Mexico Green Amendment 2023 language is as follows:

SECTION 1. It is proposed to amend Article 2 of the New Mexico Constitution by adding a new section to read as follows:

A. The people of the state are entitled to clean and healthy air, water, soil and environment; a stable climate; and self-sustaining ecosystems for public health, safety and well-being. The state should protect these rights equally for all people, regardless of race, ethnicity, tribal origin, socioeconomics, gender or geography.

B. The state, counties and municipalities serve as stewards of New Mexico’s natural resources and preserve, protect and nurture those resources for the benefit of all people, including present and future generations.

C. The provisions of this section are self-executing. No monetary damages will be awarded for breach of this Section. This section is enforceable against the state, counties, and municipalities.

SECTION 2. It is proposed to amend Article 20 of the New Mexico Constitution by repealing Section 21.