LOS LUNAS — The village of Los Lunas is working to acquire land to make way for the upcoming Interstate 25 east-west corridor project.

The corridor project is expected to run along Morris Road from Interstate to NM 47. It will include four miles of four lane freeway stretching across the river to NM 47, four signalized intersections and a new river crossing with the goal of reducing congestion on NM6.

During its November 17 meeting, the council voted unanimously to delegate powers to village manager Greg Martin to assist the village in acquiring property for the project. 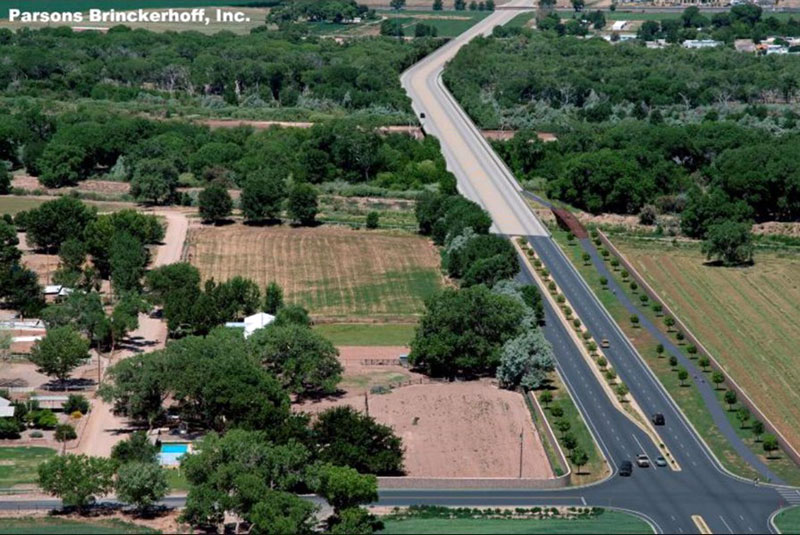 Monica Rodriguez, project manager at Tierra West, the village’s priority advisor for the project, is assisting the village in purchasing 56 separate lots from Interstate to NM 47. Thirty of the 56 lots have already been appraised.

“Our goal is to complete all evaluations by the end of this year,” Rodriguez said. “These assessments are then reviewed and approved by the New Mexico Department of Transportation, which is an ongoing process in which we are currently still actively involved.”

Tierra West has already begun scheduling bid presentations with the 28 different property owners that would be affected by the acquisition. She said that in some cases a single owner owns multiple parcels or oversees a company that owns one or more parcels.

Through the most recent budget approval, the village councils approved approximately $4 million for land acquisitions, an amount that Michael Jaramillo, director of public works for Los Lunas, said coincides with their estimate of the cost of the land acquisition.

“There is a process through evaluation and through verification to ensure that (the offers) are fair market prices,” Jaramillo told the council.

Rodriguez said that while they are dealing with a fairly large chunk of land, the moves were “fairly minimal,” with two private property moves, two tenant moves, one business lessor move, and one commercial move.

“I think they’re pretty small given the amount of real estate we cover,” she said. “A relocation manager will begin meetings with companies on November 28-29.”

Nine different offering presentations are scheduled for Tuesday, December 6, with the rest expected to take place in the near future, Rodriguez said.

Funding History of the I-25 East-West Corridor Project

A second transport hub for the village of Los Lunas has been a topic of conversation for more than two decades, but it only seemed to become a reality in the last few years.

In January 2022, the village received its latest round of funding for the project — $25 million from the US Department of Transportation, which US Senator Martin Heinrich helped secure.

Another $25 million grant from the Department of Transportation was awarded to the village last summer.

Martin estimates that the entire project will cost between $115 million and $120 million, with the replacement alone expected to cost around $25 million.

The County of Valencia also contributed $2 million in general notes and an additional $2.5 million from the village of Los Lunas.