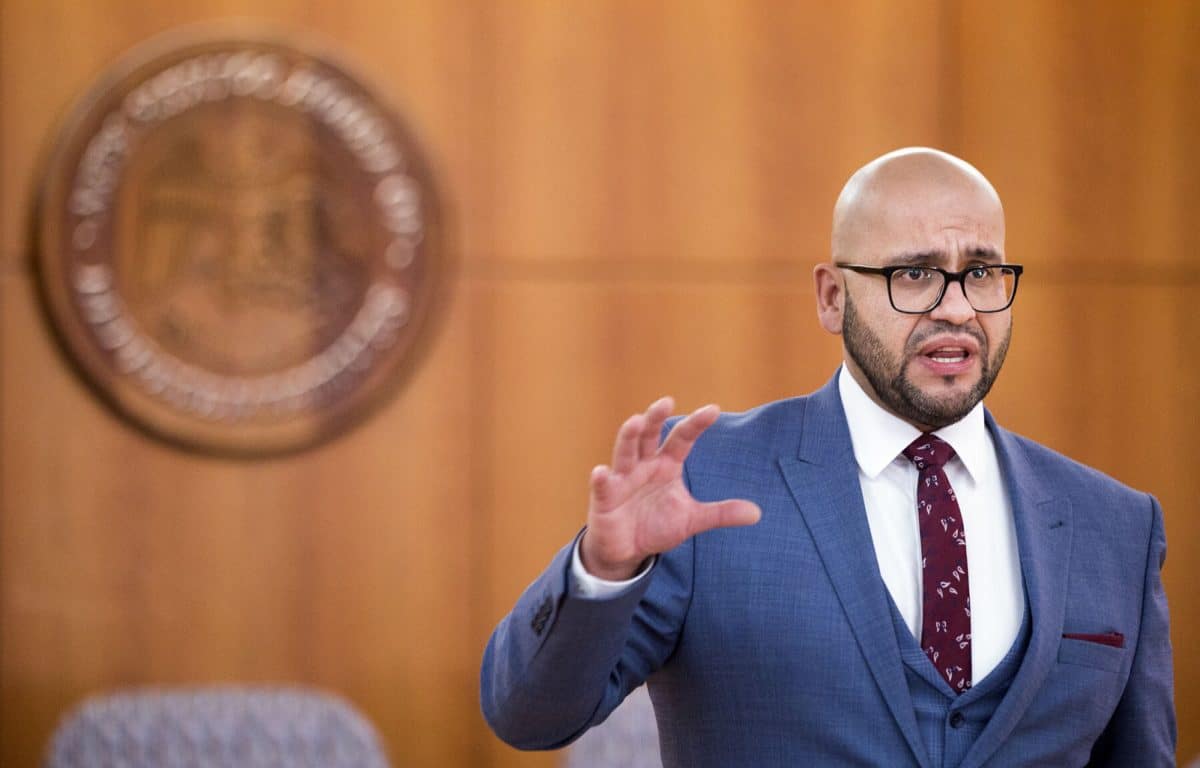 House Speaker Javier Martínez, D-Albuquerque, who debated a voting rights bill at the roundhouse on Tuesday, told stakeholders supporting the proposal that New Mexico will “continue to work hard to ensure we remove unnecessary obstacles to everyone.” eligible voters can raise their voice.’ Photo by Luis Sánchez Saturno/The New Mexican 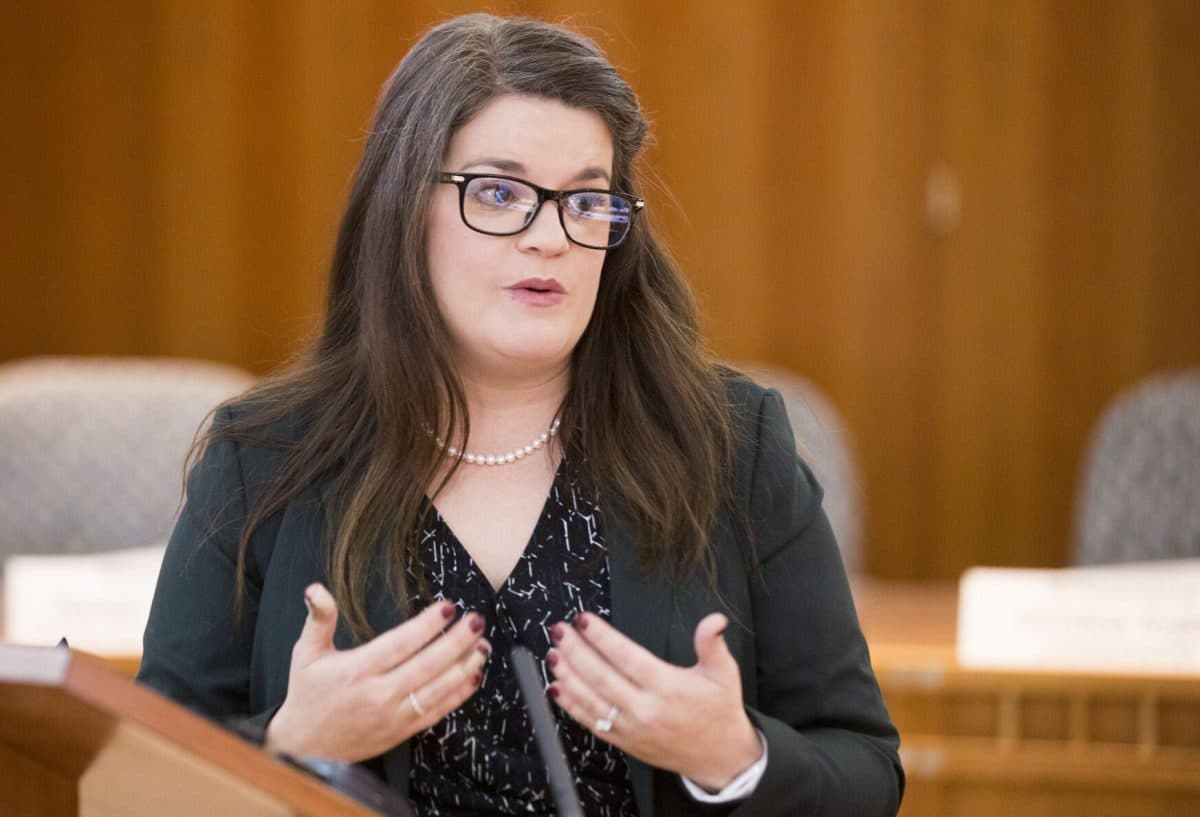 A bill that proponents claim would make voting in New Mexico more accessible is making a comeback.

After a death by filibuster in the last hours of last year’s legislature, the so-called Voting Rights Act is to be officially introduced this week.

“While other states are rolling back voting rights and restricting access to the ballot box, New Mexico will continue to work hard to ensure we remove unnecessary barriers to allow all eligible voters to make their voices heard,” House Speaker Javier Martínez said at Tuesday’s news conference with representatives of various stakeholders promoting the proposal.

“Our government works better when all people, regardless of their lifestyle, have a voice in who represents them,” he said, adding the bill’s provisions are “vital to upholding our democracy.”

Although the proposed law has not yet been filed, supporters said it would create a permanent but optional mail-in voter list, restore felon voting rights immediately when they get out of jail and make Election Day a state holiday.

“This legislation is even better in my opinion because it really has been driven and brought to life by the advocacy community [that wants] continue to pick up the ball and keep pushing it to improve voting rights here in New Mexico,” she said.

Toulouse Oliver said she will offer her technical assistance to ensure the legislation “is carried out in a manner that makes sense for New Mexico election administrators and can be carried out successfully” as it moves through the legislative process. She said she supports the bill for many reasons, but “three that are really crucial” include restoring voting rights to formerly incarcerated, protecting access for Native American communities and making voting by mail even more accessible.

The high-profile bill became a major source of controversy last year when a lobbyist accused Senator Daniel Ivey-Soto, an Albuquerque Democrat and former chair of the Senate Rules Committee, of deliberately delaying legislation after confronting him about it for some years . old groping allegations that Ivey-Soto has denied. Ivey-Soto resigned from his presidency after calls for his resignation after the lobbyist and other women accused him of inappropriate behavior.

The new chair of the Senate Rules Committee, Sen. Katy Duhigg, D-Albuquerque, is one of the promoters of voting rights legislation along with Martínez and House Majority Leader Gail Chasey, D-Albuquerque.

“At its core, it modernizes our elections and empowers our constituents by making it easier for thousands of New Mexicans to register and vote,” she said. “There is simply too much at stake for our state and our country – from reproductive rights to climate change to social justice and our economy – to give just a fraction of our citizens a voice.”

Ahtza D. Chavez, executive director of NM Native Vote, said the bill includes special provisions for Native American voters. Some of the bill’s “healthy safeguards” include state-mandated language translations during early voting, the use of official tribal buildings as mailing addresses for those who do not have traditional mailing addresses, and “tribal inputs to accommodate tribal preferences” in redistribution, she said.

“New Mexico has been a state since 1912, but our communities, our Native American communities, weren’t granted the right to vote until 1948,” she said. “Indians face obstacles at every turn throughout the political process. This law would increase voter turnout and access across the state.”

Duhigg did not attend the press conference due to a family emergency, but said in a statement the bill would “protect the health of our democracy by helping ensure that every eligible voter here in New Mexico has access to the ballot and that every vote is free.” is handed in and counted fairly.”

Duhigg, a former Albuquerque city clerk, is sponsoring a separate election-related bill that would, among other things, allow electronic signatures for nominating petitions and create an election security program. Senator Leo Jaramillo, D-Española, is a co-sponsor of the bill.

Toulouse Oliver didn’t specifically address Duhigg and Jaramillo’s Senate Bill 180, but she said she’s been sounding the alarm across the country in recent years “about the very real threats we’re seeing to our democracy.”

“Fortunately, we’re in a good position here in New Mexico because we continue to be the leaders in access and we take these issues very seriously,” she said.

“But whatever I say, there’s always room for improvement,” she added. “We can always do a better job. We can always make our elections safer, more accurate, more fair, and more accessible, and none of these things are mutually exclusive. We can walk and chew gum at the same time.”

While the bill has support from leaders in the Democratic House of Representatives and a long list of advocacy groups, including ProgressNow New Mexico and the Center for Civic Policy, Senate Minority Leader Greg Baca, R-Belen, took a wait-and-see approach.

“Last year, following the lead of our district secretaries, we unanimously passed a bipartisan Senate Election Act that strengthened voter rights and improved election security,” he said in a statement.

“Unfortunately, this consensus bill has been derailed and derailed by the majority party in the House of Representatives,” added Baca. “Electoral security and integrity are more important than ever, and we will continue to make good faith efforts to make the necessary changes to our electoral code.”