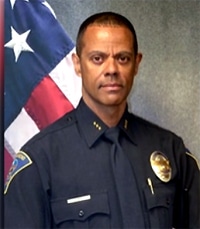 ALBUQUERQUE — In its ongoing efforts to suppress crime and reduce violence, the New Mexico State Police (NMSP) increased operations in the greater Albuquerque area during the months of September and October, including during the 2022 Albuquerque International Balloon Fiesta.

The month-long operation, which began Sept. 26, 2022, was approved by Gov. Michelle Lujan Grisham and resulted in 172 arrests, including 120 felony arrests and 52 misdemeanor arrests. Officers recovered 32 stolen vehicles and a trove of controlled substances, and confiscated 24 firearms. Aside from one arrest, the firearms were linked to cases recorded in arrests for narcotics crimes; One case was accepted by the FBI for federal prosecution.

“Increased crime-fighting efforts are a priority for the New Mexico State Police and members of the community,” said Department of Public Safety Cabinet Secretary Jason Bowie. “By focusing on those who break the law and holding them accountable, we have kept our citizens and visitors safe and we have reduced crime in the process. This is part of our continued presence in the greater area, and we continue to work with our local and state partners to make Albuquerque’s streets safer.”

The operation also found two minor runaway children who were reunited with their families.

This operation, which concluded Oct. 25, supports Gov. Lujan Grisham and the Department’s commitment to making New Mexico safer and is intended to address the concerns of crime-affected New Mexicans. 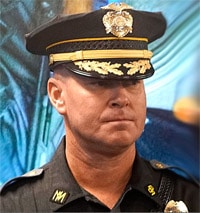 State Police Chief Tim Johnson said a prime example of the operation’s success was a traffic stop that led to the seizure of more than 1,000 fentanyl pills and a handgun.

At approximately 1:57 am on Tuesday, October 18, a patrolling NMSP officer initiated a traffic stop for an unlicensed black Dodge passenger car at the intersection of Virginia and Chico in Albuquerque. The driver, identified as Danyell Kerr Jr., 27, of Albuquerque, was briefed on the reason for the stop. Kerr Jr. could not produce a registration for the vehicle. An investigation by the National Crime Information Center (NCIC) found that the Dodge was stolen from Albuquerque. Kerr Jr. was taken into custody without incident. A search of Kerr Jr. during the arrest found a clear plastic bag containing methamphetamine in his pocket.

When the officer conducted a towing inventory of the vehicle, a gray and black handgun was observed on the front driver’s side floorboard. The officer sealed the vehicle, the Dodge was towed to the NMSP office, and a search warrant was applied for in the courts.

While executing the search warrant, officers seized the following from the Dodge vehicle:

A search of Kerr Jr.’s criminal history in the NCIC revealed that he is a convicted felon.

Kerr Jr. was committed to the Bernalillo Metropolitan Detention Center and charged with receiving or returning stolen motor vehicles, possession of controlled substances, receipt or possession of a firearm or destructive device by a criminal, human trafficking, possession of drug paraphernalia, and vehicle registration.

“Proactive crime suppression efforts help deter crime,” Chief Johnson said. “Our focus has been on areas throughout the city of Albuquerque that are known for their high volume of criminal activity and generalized violence, and these efforts are making a difference.”

The operation also resulted in the seizure of:

The state recently teamed up with federal agencies to tackle crime on the streets of New Mexico as part of Operation Blue Crush, a 90-day operation that concluded in June and resulted in more than 300 arrests and impounded fentanyl seizures valued at more than $5.4 million. In 2019, the governor also created the Fugitive Task Force, which has arrested more than 540 violent fugitives in New Mexico and coordinated multiple police operations across the state.

The Lujan Grisham government is committed to innovative and effective solutions to fight crime, DPS said. Gov. Lujan Grisham recently asked the FBI to send dozens of additional agents into the state and in September awarded $42 million to law enforcement agencies across the state to hire 317 new officers. In 2021, the governor also enacted a 16 percent pay increase for NMSP officers. The Lujan Grisham administration has also awarded nearly $340 million in public safety investments to communities across New Mexico.