The New Mexico Press Association (NMPA) has elected Los Alamos Daily Post owner/editor Carol A. Clark to its Board of Directors.

The election was made at the 2022 General Membership Meeting, held during the NMPA Annual Meeting on Friday and Saturday at the Eldorado Hotel in downtown Santa Fe.

“We are very pleased that Carol has chosen to help us by serving on the NMPA Board,” NMPA Executive Director Sammy Lopez said.

The NMPA exists to improve the quality of member newspapers, promote high standards of journalism, encourage journalism education, and seeks to protect the right to free speech for its members as guaranteed by the United States Constitution.

“I am excited for the opportunity to serve on the NMPA Board of Directors,” said Clark. “The NMPA is an important organization that has consistently proven to be a great resource and advocate for the postal service and newspapers across the state.”

During last weekend’s conference, Clark was also named a member of the NMPA Judiciary Committee Seibel and Donn Friedman, senior vice president of news at the Albuquerque Journal.

Clark’s two-year tenure on the NMPA board begins immediately. In addition to the NMPA Board of Directors, Clark serves on the Executive Committee of the United Way of Northern New Mexico, the Executive Committee of the Los Alamos Commerce and Development Corporation, the Los Alamos Housing Partnership Board and the International Women’s Forum – New Mexico.

The NMPA consists of three organizations with different functions: 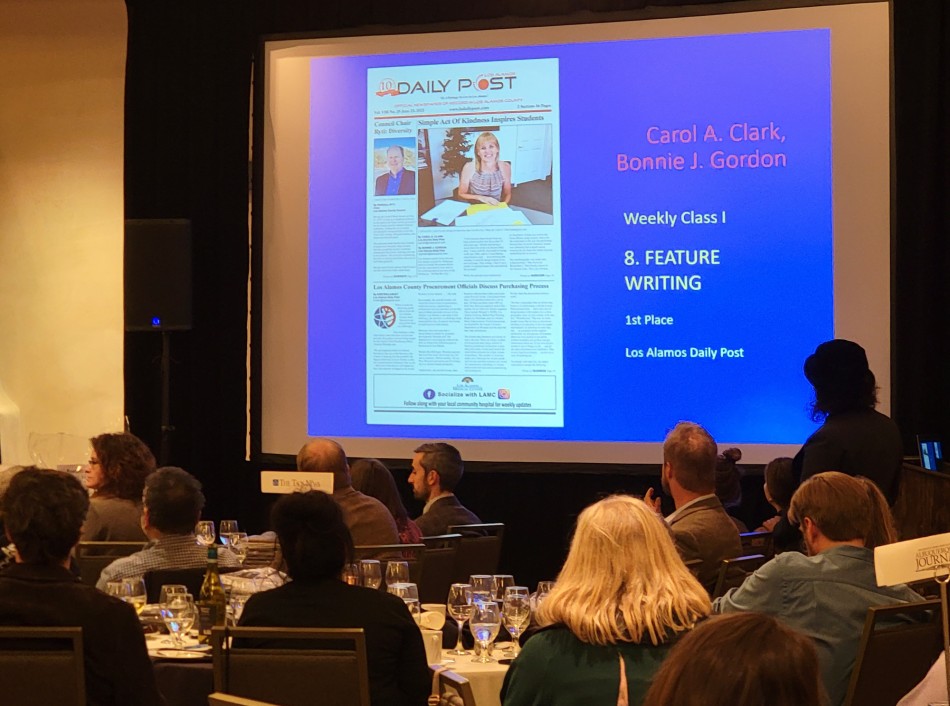